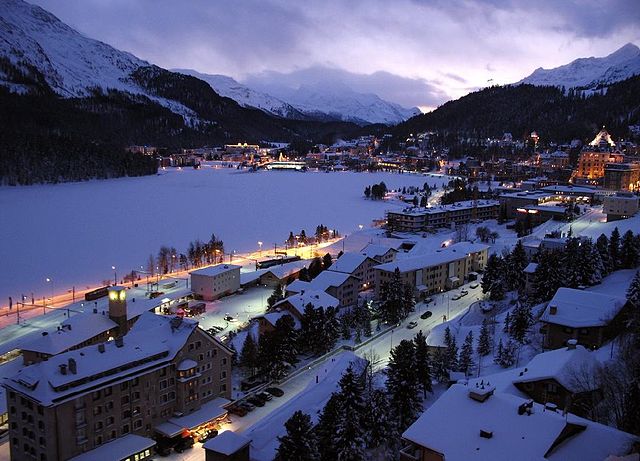 St. Moritz is a luxury alpine resort town in Switzerland’s Engadin valley. It has hosted the Winter Olympics twice, has the Cresta Run, a world-championship bobsled run made of natural ice, and an outdoor Olympic ice rink. Its frozen lake hosts polo, cricket and even horse racing on ice. Ski and snowboard areas include Corviglia, Diavolezza and Corvatsch, and there are well-groomed cross-country ski trails.

The town of St. Moritz is very diverse, both regarding its population as well as the activities that can be pursued here. Regarding the population, the majority is German speaking, but there is also a significant Italian population due to its proximity to the Italian border. Regarding the activities there are various ways to spend one’s time; a visitor can indulge in the pleasures of nature, culture, sports or one can simply relax admiring the beautiful scenery around.

While St. Moritz is of course an up-market resort – almost two-thirds of its hotels are in the four-or five-star category – it is by no means as exclusive as it is sometimes made out to be. People of reasonably modest incomes can have just as much fun in St. Moritz as the billionaires, even if they cannot afford caviar and champagne.