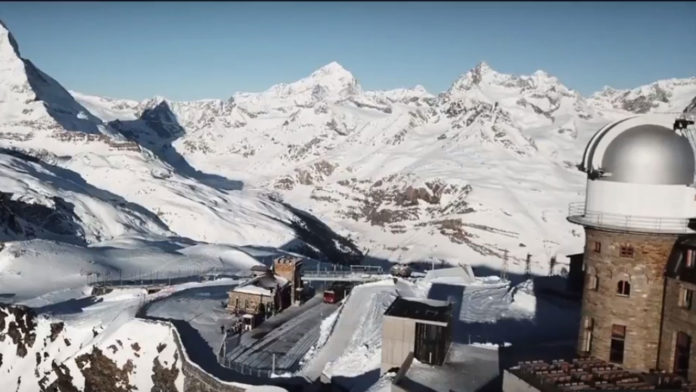 The Gornergrat is a rocky ridge of the Pennine Alps, overlooking the Gorner Glacier south-east of Zermatt in Switzerland. It can be reached from Zermatt by the Gornergrat rack railway, the highest open-air railway in Europe.

With its sunny observation platform accessible all year, the Gornergrat, at an altitude of 3,089 m, has been one of Switzerland’s top excursion destinations since 1898. The Gornergrat Bahn was the world’s first fully electrified cog railway. Today it is a modern, eco-friendly railway, equipped with a regenerative braking system that generates electricity on the descent and so saves energy. Thus the energy for one to two new mountain drives is won by three downhill drives.