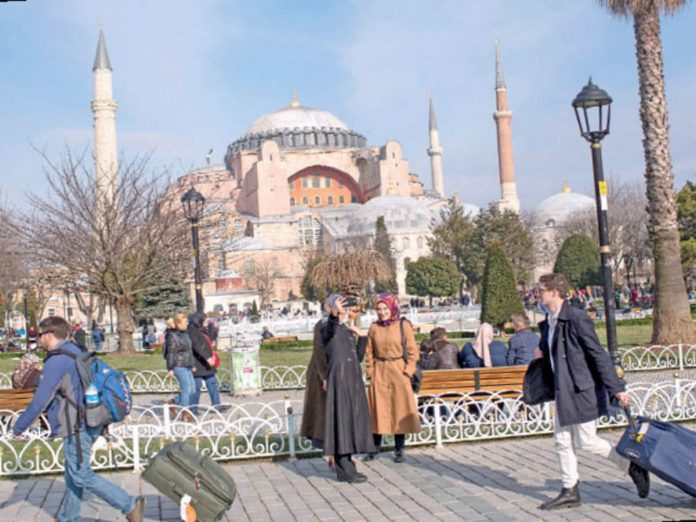 The city of Istanbul is considered the heart of Turkey. Istanbul has many churches, mosques and many attractive tourist attractions. Istanbul is also the center of economic, cultural and commercial of Turkey and the capital of the province of Istanbul. The 3 tourist attractions of Blue Mosque, Hagia Sophia and Topkapi Palace are always crowded with tourists. Galata Bridge = A historic bridge crossing Golden Horn Bay connects the old town of Sultanahmet with the modern northern part of Istanbul. Galata Bridge does not have a monumental architecture like the Chain Bridge in Budapest or the Tower Bridge in London. Bosphorus Strait = It is the most beautiful sunset spot in the world. This narrowest strait in the world is the natural boundary separating the two parts of the Eurasian continent of Istanbul. In addition, this is also a political hot spot, which get countless papers and ink of the international media. Basilica Cistern=The Basilica Cistern is a famous underground structure in Turkey that has appeared in many TV series. Previously, it was a underground water lake for the people of Istanbul then forgotten for a few centuries and now becomes a tourist attraction in Istanbul.

Maiden’s Tower (The Virgin’s Tower) = There are many legends surrounding this tower, but the most famous is the story of a rich father who wants to protect his beloved daughter from the dangers and he built this tower in the middle of the sea. It has also been used as an ancient watchtower and worshiped the god of fire since ancient Baku. From this tower, you will admire the peaceful sea scenery with the hillsides and surrounding nature. Taksim = The most bustling neighborhood in Istanbul. Contrary to the timeless beauty of Sultanahmet neighborhood, the Taksim district brings the breath of modern life. When night falls, Taksim will become very crowded with shops and bars. Istanbul there are many unique culinary features that are difficult to find anywhere else in the world. Turkish Ice Cream Tricks (Battered ice cream) = The reason for the name ice cream trick is because the sellers will use all kinds of tricks to fool you, not allowing you to get the ice cream. Note that this cream is only for virtual living, but it is boring to eat, a bit flexible so that the seller can playing with you. Tea and Raki = These are the two most used drinks in Turkey. When entering someone’s home, you will definitely be invited to a cup of tea, showing the hospitality of the people here. Raki a alcoholic drink made of twice-distilled grapes and anise with a fairly high alcohol content (up to 48%). Therefore, if you cannot drink alcohol, you should consider before drink it.