Due to tectonic shifts in the Ice Age, the Rhine River was forced into a new riverbed over 15,000 years ago. The Rhine Falls came into being at the transition point where hard chalk turned into soft gravel. Over a breadth of 150 meters, several hundred cubic meters of water rush into the depths at the rate of 23 meters per second.

In the middle of it all stands a mighty rock that has withstood the elements for a thousand years. The rock can be reached on a circular tour of the Rhine Falls, during which one can observe the natural spectacle from up close. Virtually in the middle of the waterfall, visitors stand on platforms that jut out and partially hover over the Rhine. The castles of Wörth and Laufen can be reached by river boat, and very daring visitors can rent canoes.

The Schloss Laufen complex has sported an added sparkle since March 2010. In addition to the new visitors’ centre, a children’s playground and the “Historama” (interactive exhibition about the Rhine Falls) have been opened. The new adventure trail with its dual lift system and the Belvedere Trail make for easy access to the magnificent Rhine Falls. 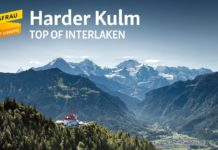 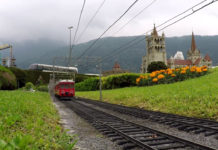 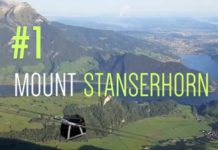